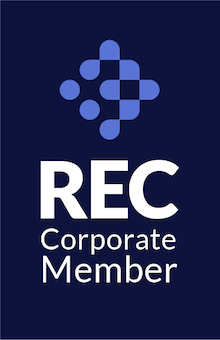 More than two decades on from the 1991 recession, which established the platform for interim management in this country, its definition and interpretation is still evolving. Parallels between then and now are inevitable; as we started to climb out of the recession of the early 90s there were three main challenges:

1. Overloaded staff and a reluctance to hire too soon – during this time organisations had made significant middle/senior management posts redundant and staff who were retained were inevitably taking on more and more responsibilities until this was becoming ineffective and untenable. However, as market conditions and their businesses started to improve, companies found they did not have the management structure in place to maximise opportunities nor cope with the increased workload.

Even the most forward thinking organisation was reticent to hire permanent members of staff in case they were recruiting prematurely. Also, the market improvements were not sustained thus finding themselves with increased overheads without the sustained growth they were hoping for – but could not justify the costs of bringing in management consultants.

2. Mergers and acquisitions were on the increase, as organisations wanted to maximise opportunities to grow and add to their portfolios at a time when lucrative deals were ‘on the table’.

3. Evolution of computer technology – during the recession organisations typically did not have the capital or the resources to invest in their computer technology. A large proportion were unable to keep on top of significant developments within the world of IT that heralded the arrival of PCs and servers and moving away from the massive mainframe systems kept in hermetically sealed environments. As organisations started to see signs of growth they were keen to redress the balance but were aware of the lack of expertise within their organisations to embrace the new technologies.

Back then, the solution was as obvious as it is now but with one exception. In the early 90s interim managers were not heard of and there was a real reticence to use ‘temps’, which is what they were perceived to be. A confidence had to be built between organisations and middle/senior managers who were able to provide organisations with the flexibility they needed – with the guarantee of delivery and the accountability by the individual to provide a good job, well done.

Today the trust has now been built and the myths of the “temp” have been eradicated, as a large number of company’s strategic plans now include the use of interim managers, making them an integral part of an organisation’s success. This is due to having demonstrated over the last 20+ years the benefit of incorporating this flexible management solution to on-going business challenges and opportunities.

The ability to ‘buy-in’ effective, reliable, professional and efficient interim managers has proved invaluable during the recent economic turbulence – indeed interim managers are being sought out for their strategic vision as well as delivery execution.

This coupled with the recent growth in the economy; the desire for cloud technology growing exponentially; outsourcing of non-core activity continuing to grow and M&A activity heightened, all increase the need for interim managers. One thing is for certain, although many definitions still exist and are constantly debated about what constitutes an interim manager, as we move into 2013 it will be an exciting and rewarding time for both interim managers and organisations alike.